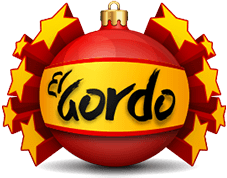 El Gordo is the main event of the Spanish Christmas Lottery (Sorteo Extraordinario de Navidad). Known as El Gordo de la Primitiva, the Big One as it is known in English, is recognised as the biggest prize paying lottery in the world.

It is a common misconception that El Gordo is the Spanish Christmas Lottery, but as we’ve said, it only forms a part of it. El Gordo has been played every year since 1812 and is the second longest running lottery game in the world.

How does El Gordo work?

El Gordo tickets contain 5-digit numbers. These numbers range from 00000 to 99999, which creates a total of 100,000 different types of tickets. There are multiples of tickets with the same numbers on them, so any player who wins with those ticket numbers will share the prize with other players with the same numbers. The tickets cost a hefty €200 each, but this results in a massive prize pot. Over the last few years, players have been able to buy individual tickets (at a cost of €20) instead of the default 10-ticket set. Sub-tickets are only entitled to 10% of the total cash prize the ticket may win.

On the day of the draw (usually December 22 in Madrid) a number of tickets are drawn for specific prizes, and if your ticket happens to be the number for one of those prizes, you will win a predetermined cash prize.

In theory, if all 18,000,000 tickets for the El Gordo were sold at €200 apiece, the total prize pot would be worth €2.52 billion (which is roughly 70% of the ticket sales). This would equate to a jackpot being worth €720 million. It is not difficult to see why El Gordo is the best-paying lottery game in the world, then.

There are several Spanish Christmas lottery draws, but El Gordo is the one which people save themselves for. In fact, many people save up all-year-round to have the funds to buy the €200 ticket. Last year alone, 1,650 tickets with the winning number 66,513 were drawn, and every single one was sold in Madrid. Each winner picked up the equivalent of $418,000.

There really isn’t any other lottery game quite like El Gordo. In terms of cash prizes, only the Mega Millions, Powerball and Euro Millions jackpot games can offer cash prizes of this quantity. In fact, many of those lotteries offer greater individual prizes than El Gordo. However, their total pots are worth far less. Players will notice that El Gordo is more like a raffle than a true lottery game.

El Gordo tickets can be sold online, but players normally should be in Spain to do so. Tourists are invited to buy tickets, and although several online lottery ticket retailers offer El Gordo tickets, players will need to check their terms and conditions to see just how those tickets are distributed and how they can claim their winnings. The Lotter is one such site which offers El Gordo tickets.