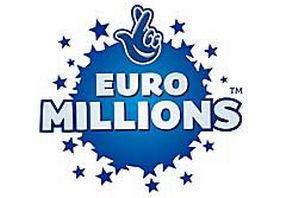 The Euro Millions is Europe’s premier jackpot lottery game. It offers one of the biggest individual cash prizes in the lottery world and is played between the United Kingdom, France, Spain, Portugal, the Republic of Ireland, Austria, Switzerland, Luxembourg and Belgium.

The Euro Millions held its first draw back in 2004, and in the past, wins have been worth well over €160 million. Nowadays it’s also one of the most popular online lotteries all over the world.

How does the Euro Millions work?

The Euro Millions is played twice per week, and tickets have risen from €2 a line to €2.50 a line in recent years. The game also underwent a change in 2016, which saw the number of bonus balls increased from 11 to 12. One of the most profitable things about the Euro Millions is that its winnings are paid out in a lump sum, and are tax-free, save for Switzerland, Spain and Portugal.

Players are required to choose five numbers from 1 to 50, and two Lucky Stars from 1 to 12. On Tuesdays and Fridays, the draw takes place. Players who match all five numbers and two lucky stars will win the prize. In the event of no winners (which happens often) the prize fund is rolled over until the next week. If the jackpot has not been won within 5 draws, it will be distributed between the next highest tier of winners, effectively limiting the huge array of prizes we’ve seen in the past.

In the past, it was not uncommon for jackpots to reach well over €150 million due to successive rollovers. Now that a 5-draw cap has been introduced, the top prize is unlikely to exceed €50 million very often. To win that prize, players need to land all 5 numbers and both Lucky Stars. Players have a 1 in 139.8 million chance of success. Players who pocket 5 numbers and 1 Lucky Star, or just 5 numbers can win roughly €300,000, and €31,000, respectively.

The biggest wins ever recorded in the Euro Millions include €190 by a UK player in 2012 and a Portuguese player in 2014. Winnings of €187 to 2 players (one in Ireland and the other in Belgium), €185m to a player in the UK, and €183 (split between 20 people across Europe) have ensured that the Euro Millions is one of the most popular lotteries in the world.

Euro Millions also runs several spin-off games, including Joker gameplay, and the United Kingdom, each Euro Millions ticket comes with a code which is guaranteed to make one lucky player a millionaire, courtesy of the UK Millionaire Maker side game.

Tickets to the Euro Millions can be bought online via your local national lottery websites, although if you are not based in one of the participating countries, you are going to have to rely on other lottery ticket retailers to deliver those tickets. Such sites which offer Euro Millions tickets include Lottoland, The Lotter, Play Huge Lottos, and Lotto Master. Each of these has their own prices and conditions for playing the Euro Millions with them, and players should read them before deciding to play.