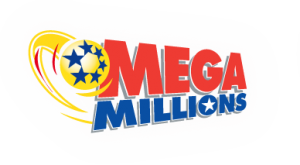 Mega Millions is the biggest lottery game in the United States. The lottery originally started in 1996, when it was known as The Big Game. This multi-state lottery is played in 44 US states.

Mega Millions took its modern name in 2002, and in 2010 it expanded to include Montana, Nebraska, Oregon, Arizona, Maine, Colorado, and South Dakota. Florida is the latest state to join the lottery. It joined in 2013.

How does the Mega Millions work?

The Mega Millions lottery uses a pool of 75 balls. Players must pick 5 numbers from that pool. There are also 15 bonus balls (Gold Balls), and players must choose one of those, too. Most states also feature a Megaplier, which can multiply cash prizes if it on a winning ticket, save for the jackpot prize. This is not permitted in California.

This new structure began in 2013, and as a result, the minimum amount you could win with the jackpot increased four-fold. Tickets for the Mega Millions lottery game cost $1 a game, which when compared to other US lotteries makes the Mega Millions lotto very much worth the money. The draw takes place in Georgia on Fridays.

The Mega Millions currently offers players who match just the Gold Ball can win their money back, whilst players can pocket a $2 and $5 for matching 1 or 2 numbers with the bonus ball, respectively. Match 3 numbers to win another $5, whilst matching 3 and the bonus ball can see players win $50.

Players can scoop cash prizes worth $500 for 4 balls, whilst adding the Gold Ball to that combination can see the prize well to $5,000. Match all 5 balls and you can win at least $1 million. Naturally, the jackpot is likely to be far more than that minimum figure, though, and it is paid out when all 5 balls plus the Gold Ball appears on your ticket.

Players have a 1 in 258,890,850 chance of winning the jackpot, whilst the odds on pocketing any prize at all are around about 1/14. Prizes are paid out in 30 graduated instalments, which increase by 5% per year. Cash options usually pay out about 2/3 of the total prize in one lump sum.

To date, the biggest ever jackpot win won with this lottery stands at $640 million. It was paid out to three players, with ticket winners coming from Kansas, Illinois and Maryland). Other big wins include a $540 million draw in the summer of 2016, when a single player from Indiana chose the cash-only option, which is worth far less than the total haul.